I’ve talked before of how I used The Guardian’s ‘How to write a novel in 30 days’ to help me frame the background research for my book, ‘The Sentinel’.

The article suggested creating a playlist to help brainstorm ideas, or just to unblock when the ideas won’t come.

I had a lot of fun creating a playlist for ‘The Sentinel’ and I found that, in hunting for ideas for songs, I was thinking of the story and the characters whilst not under pressure to be writing. This process of letting go helped me understand better what I was trying to achieve with the book. It was also a relaxing thing to do although a bit distracting.

Today I thought you might enjoy looking through the playlist I created and maybe listening to some of the songs I chose. 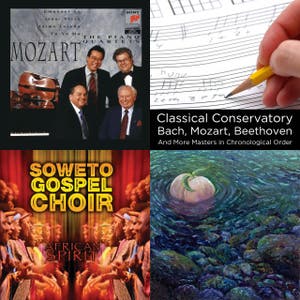 I’ve picked my top 5 songs from the playlist (below) and I thought I’d talk about what they represent in the novel and why I chose them.

Can you guess what the rest might say about the novel?

Which are your favourites?